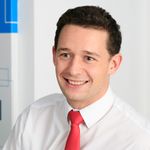 The UK government has furthered its proposals on regulation of cryptoasset technology in HM Treasury’s recent response to its January 2021 Consultation on cryptoassets and stablecoins, indicating a positive attitude towards decentralised payment forms and its objective to create a regulatory favourable environment for cryptocurrency in the UK.

The response reflects the government’s ‘staged and proportionate approach to regulation’ of cryptoassets with a strong emphasis on agility and flexibility, but these developments also aim to set the UK ahead of its international counterparts in the crypto sphere and to progress its continuous goal of being recognised as a ‘world-leader in financial technology.’

Stablecoins as a means of payment, to fall within UK regulatory perimeter

In HM Treasury’s January 2021 Consultation, the government recognised the potential of stablecoins in contributing to innovation in retail and cross-border payments. Unlike exchange tokens, stablecoins are backed by assets such as fiat currencies or commodities. This goes some way towards addressing the high volatility concerns associated with exchange tokens voiced by the Financial Policy Committee (FPC) in March 2018, but does introduce new risks relating to the method of maintaining the value 'peg', or and the requirement that the underlying assets carry sufficient value to act as collateral for the stablecoins.

FCA research indicates consumer confidence in using stablecoins as a means of payment, with 27% of stablecoin owners having used them to purchase goods and services.  Whilst the appropriate regulatory approach and risks of stablecoins were considered in the Consultation, no advancements were promised to incorporate stablecoins into the UK regulatory environment.

The response document, however, now indicates that HM Treasury’s next steps will primarily involve amending existing e-money and payments legislation to encompass stablecoin regulations as a means of payment. Regulation will only capture “stablecoins that reference fiat currencies, including a single currency stablecoin or stablecoin based on a basket of currencies.” This eliminates stablecoins pegged to other assets (such as commodities) and algorithmic stablecoins from the regime.

The Electronic Money Regulations 2011 (EMRs) and Payment Services Regulations 2017 (PSRs) provides the UK e-money framework to regulate firms engaged in relevant payment activities; amendments would seek to broaden the definition of e-money and aim to regulate the issuance of stablecoins and the provision of wallets and custody services.

The government intends to accommodate tokenisation and DLT in FMIs through legislative and regulatory changes. However, it recognises the lack of clarity as to how and where the changes are to be made to allow the adoption of DLT in FMIs.

The sandbox, in partnership with the FCA and Bank of England, will aim to encourage testing of DLT in FMIs to achieve better understanding of the necessary legislative changes required to tackle the ambiguities of DLT adoption. Participants will involve firms hoping to test new technologies or structures (not limited to DLT). They will be provided with regulatory flexibility and will be able to request exemptions or modifications to existing legislation. This strategy reflects the government’s technology agnostic regulatory approach, where the focus is on regulating the activity as opposed to the underlying technology.

The sandbox is projected to be up and running in 2023.

For more insights into crypto and blockchain regulations, or fintech law in general, get in touch with Rich Folsom and Chris Hill.