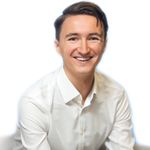 The Supreme Court has handed down its judgement in the case of Harpur Trust v Brazel. The judgement confirms that “part-year” workers are entitled to the same holiday entitlement as workers who work all year (5.6 weeks). The case also confirms that employers should not apply a percentage of pay (e.g. 12.07%) when calculating holiday entitlement/pay.

Who will this affect?

This has broad application for employers in all industries, especially those with term time only, casual and seasonal workers. The following fact patterns will be impacted, but others may also exist:

What were the facts and background of the case?

What did the Supreme Court say?

If you wish to discuss the implications of the latest case law please do reach out to your usual contact or one of the team, below.